The Association for Corporate Growth has just one mission: to drive middle-market growth. And this year’s ACG Austin/San Antonio Chapter awards luncheon, held at the Austin Country Club, honored twelve companies that embody that mission. The 2018 finalists represent a broad range of industries, philosophies, and missions, but they all have one thing in common: these are companies that are growing, and growing fast.

Of course, with rapid growth come growing pains, one of which is the question of how a company’s core culture and values can keep up with its rapid growth. Who better to offer insights on the issue than Brett Hurt, cofounder and former CEO of Bazaarvoice, founder and CEO of data.world, and seed-stage investor at Hurt Family Investments? During his time at the helm, Hurt grew Bazaarvoice from a bootstrapped startup, through a successful IPO and two acquisitions, into the retail-marketing heavyweight we know today. 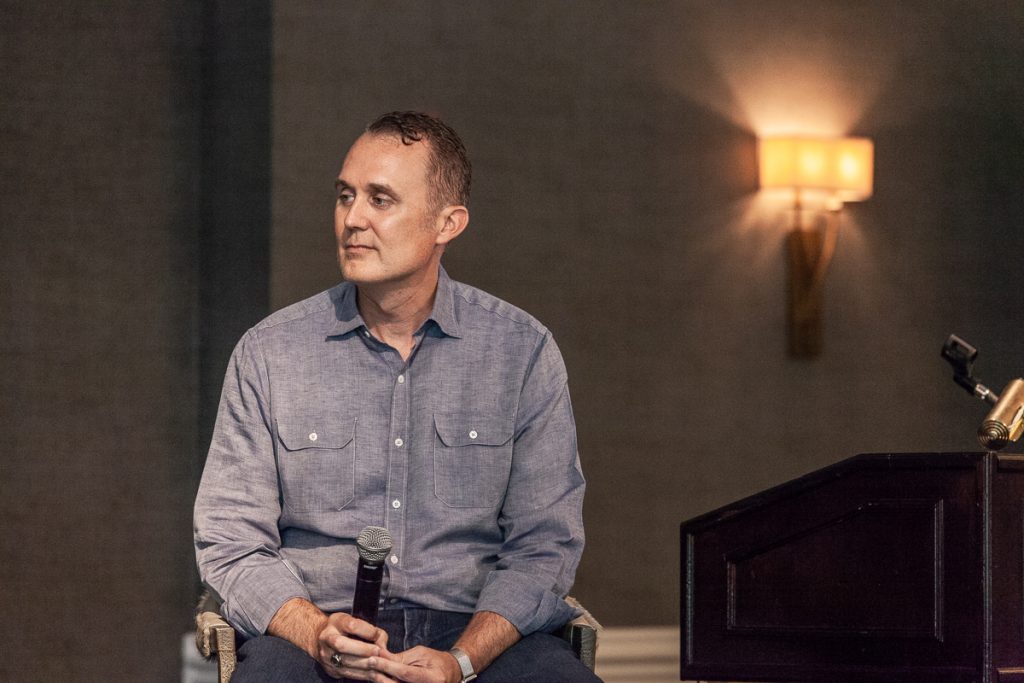 The Austin entrepreneur spoke with Austin Business Journal’s Colin Pope about how these companies can stay true to their values as they scale, and he had three pieces of advice for CEOs leading their own companies through rapid growth.

1. Culture Comes from the Top

First, behind every great company is a CEO who owns and embraces corporate culture. Chief Executive Officers should also act as Chief Culture Officers, Hurt said, “Because you’re in a unique position to see what’s happening across the company and what the company needs.” This may mean making tough calls like replacing people in key roles, but it also means modeling the ideal company culture. Hurt talked about small things like making sure the company promoted wellness by providing healthy snacks rather than junk food, as well as larger initiatives like starting an optional company book club to read about and discuss various facets of corporate culture. As a starting point, he recommended Seth Godin’s Tribes. By moderating the group discussion and listening carefully to the team’s input, Hurt said, a leader can pick up valuable insights that will help steer culture in the right direction.

Hurt did remind us, however, that many practices that are powerful in small companies just aren’t practical in larger organizations. He cautioned leaders not to introduce cultural traditions that don’t scale—or, if they do, to set very clear expectations around them. “At Bazaarvoice, when it was really young, I’d take every new employee out to lunch. That doesn’t scale well,” he said. Hurt’s new venture, data.world, is just thirty-nine people now, so he gets to enjoy those small-company traditions again, but he’s careful to be very clear with his team about which practices will stick around as they grow and which ones won’t. 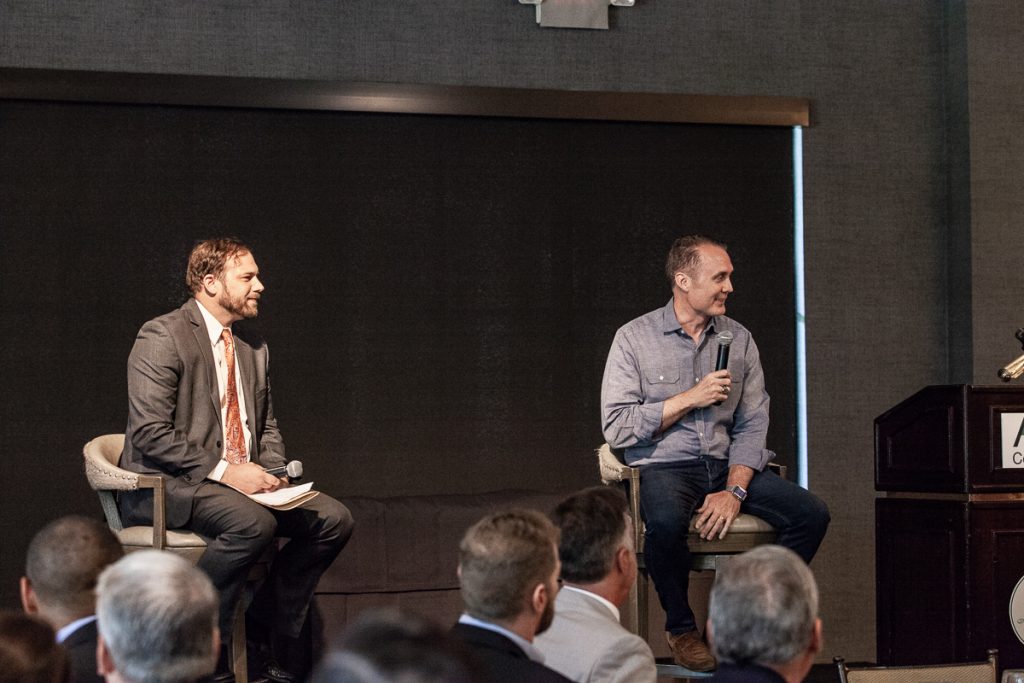 Colin Pope (L) and Brett Hurt (R) discuss the keys for rapidly scaling companies to stay true to their values.

“There are two types of people,” Hurt said. “There are the people that become successful and adopt a closed mind-set. They assume that whatever they did that got them to that point was right and discount the fact that luck played a big role—and, of course, lots of learning along the way. And then there are people that always have an open mind-set, and they’re lifelong learners.”

Hurt, of course, encouraged leaders to adopt the latter mentality, approaching growth from an open, always-learning mind-set, embracing every opportunity to improve themselves, whether through books, podcasts, mentorships, or other professional development opportunities. For early stage companies, he recommended following FirstMark Capital’s blog, First Round Review, and tuning into Reid Hoffman’s Podcast, Masters of Scale.

Finally, Hurt reminded leaders that maintaining perspective is critical to successful growth. He described this last piece of advice as contrarian, as it goes against traditional American perceptions about work-life balance, but he recommended that executives allow themselves to step away from the office—to remove their noses from the grindstone and take vacations. This time away allows leaders to maintain big-picture perspective and objectivity about their companies’ progress and trajectories. However, Hurt himself admitted that he never unplugs completely, working one or two hours every day during his vacations. “The brain’s always on when you’re an entrepreneur,” he said. “It never stops. It’s a full-channel experience.”

As the conversation wrapped up, Hurt reiterated his first point, which is that culture comes from the top, and CEOs must take active roles in defining and nurturing that culture. “If you just look at all the Fortune best places to work,” he said, “you’ll see that the CEO really embraces, really cares about culture, and that’s important because the CEO has that job where they can really see what’s happening across the company and keep a pulse on its culture.”

Sarah Weber is an Austin-based editor and content marketing consultant specializing in blogs and white papers. She has a BA from Northwestern University, a Masters of Book Publishing from Emerson College, and more than five years of experience writing and editing for tech startups, publishing houses, and independent authors. http://www.sarahmweber.com